Gideon (a.k.a. Basement Cat, Thunderpaws, Big Sexy, Fatty, etc.) has grown fond of me since his mum hasn't been around much the last few weeks. He's a big pussy, literally and figuratively. He weighs at least 18 pounds and he's scared of everything. He also squeaks like someone kicked him in the nuts, if he had any nuts to kick.

But in the absence of his primary parent, he stays close by most of the time. That's a big change from when I first started dating Diana. I barely ever saw the bastard unless I was feeding him. He's hard to read, and if you pick him up or pet him, he goes into what I call "rape victim mode," basically shutting down and probably thinking he's somewhere else.

There has been progress lately. I've picked him up a couple of times and got him to purr. He also greets me in the morning, though I think that's more because he's hungry than anything else.

I officially need to get out more. I'm blogging about the cats again. 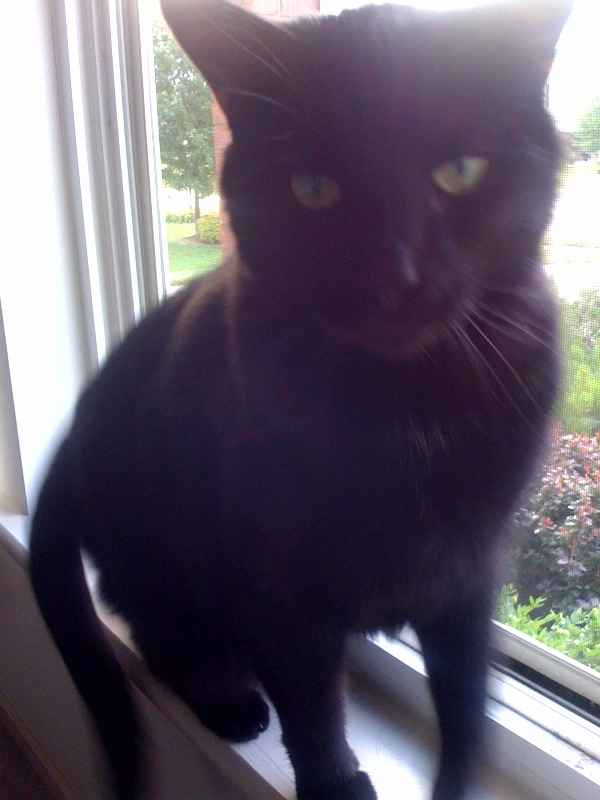 The "rape victim mode" thing made me laugh. :)